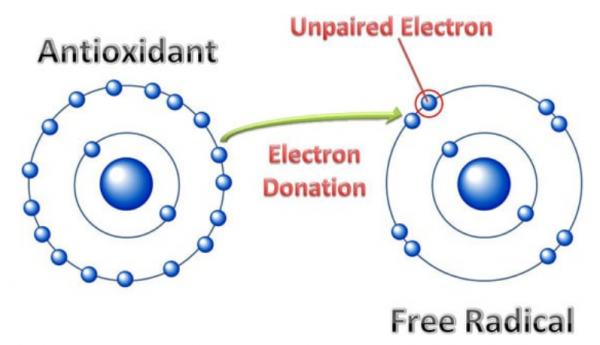 
Greetings and welcome, Dr. Max MacCloud, AKA The Nutrition Ninja Doc, here to talk more about Carbon 60 which I consider to be potentially the biggest health breakthrough I've ever seen.

To get started I want to make it clear that, although I am medically trained and have practiced for 40 years, this is not meant to be medical advice. This information is for educational & entertainment purposes only.

This Post is the first of a series that focuses on a few Important things to consider re the famous C60 Rat study led by Fathi Moussa of the University of South Paris that was published in 2012: Vitamin C

Rats are not people, although some people may be rats… but that's another story.

Although rats and mice are often used for experiments that are interpreted as having implications for humans, there are some important differences to consider.

Rats and mice are able to make their own ‘endogenous' Vitamin C from glucose. Humans are not able to do this. SO, any research on rats and mice DOES not directly translate to humans based on this factor alone.

This would be especially true in the case of C60 since, among other things, one of the primary proposed beneficial mechanisms has to do with its ability to act as a super-antioxidant. In general, antioxidants work synergistically as a team, and vitamin C is one of the key players.

So, anyone hoping to derive benefits similar to those attained by the Rats in the now-famous Paris study should also be consuming significant amounts of vitamin C.

Many books have been written about, and hundreds of studies have been performed and published, on Vitamin C. There are many different interpretations and opinions about how much and what forms of vitamin C a person should consume for optimum health. Some suggest that only food-form vitamin C is effective in spite of the hundreds of positive studies performed using the chemical form, ascorbic acid.

In the spirit of keeping things reasonably short, that's it for this post. There's a lot more to consider re the potential merits and limitations of Carbon 60 so we'll continue in the next post.

The discoverer of Vit C, the famous biochemist Albert Szent-Gyorgyi, as well as Vitamin C's best-known advocate, the even more famous biochemist Linus Pauling, both Nobel Laureates, believed that the basic chemical form of vitamin C, as ascorbic acid, worked exceedingly well for a plethora of things. That is not to diminish the fact that co-factors (such as bioflavonoids) are also needed, it's just to reinforce that Vitamin C/Ascorbic Acid is required for numerous vital functions including being one of the body's primary antioxidants.

How much vitamin C should someone consume that hopes to derive significant benefits from Carbon 60? Great question but with no hard and fast answer. My opinion, based on over 40 years in the field that included extensive clinical use of vitamin C, is that an absolute minimum of 1,000 mg per day should be consumed and more likely, 3,000-5,000+ mg per day.

It's well established that stress (of any type) dramatically increases one's need for vitamin C. Animals that are able to produce their own via a liver enzyme that converts blood glucose to vitamin C often produce the equivalent of 10,000+mg per day when adjusted to a human's weight.

In my humble opinion, anyone hoping to derive significant benefits from carbon 60 that is not also consuming significant amounts of vitamin C is likely to be disappointed. Carbon 60 is an amazing molecule, but it ultimately HAS to participate as part of the chemical milieu of the body. It should be thought of as a nutrient or co-nutrient, rather than as a drug or panacea, as it is naturally-occurring throughout nature.

PS: I'm in the final stages of development of a new Liposomal Vitamin C product. I hope to have it available within just a couple of months. We'll insert the link here once it's ready.