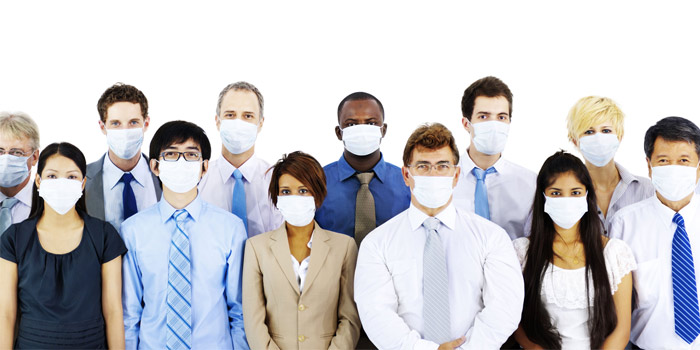 
Greetings, the Nutrition Ninja Doc (aka Max MacCloud, DO, ND, PhD) here with a quick post about ducks and the ‘pandemic’ or ‘scamdemic’ as I prefer to call it.

Masks are virtually useless at preventing the spread of airborne viruses.


This is NOT about the politics of wearing masks and social distancing, etc. I distrust and intensely dislike BOTH political parties and believe that they are both responsible for the mess this nation finds itself in. Sadly, political leaders on both sides of the aisle are informed, actually misinformed, by the various so-called doctors and scientists that are advising them. I have no political affiliation and do not support either party or the current way our entire political system operates. I am pro-democracy, or more accurately, a pro-democratic republic AND I support FREE market capitalism. None of those are what we currently have contrary to what conventional wisdom says. We are currently run via a ‘Monopoly Capitalism’ system that is the antithesis of both true capitalism and a democratic republic.

Our current dilemma runs deep and is quite complex. There are multiple layers of obfuscation involved. Some of it is likely ‘innocent mistakes’ based on the distorted viewpoint and perspective of so-called ‘modern medicine,’ while some is due to the very real, very strong psychological phenomenon known as ‘escalation of commitment’ modified by positive information bias. Some of it, the misinformation that is, is very likely intentional.

The point is that this relatively brief post is about the science. What the CDC and MSM are portraying as science is simply not accurate. I cannot speculate as to why there is such a huge amount of misinformation being spread, which will likely take years to figure out.

WHAT THE SCIENCE ACTUALLY TELLS US ABOU THE FOLLOWING:


Back to masks. By all means, protect yourself as you see fit, wear a mask if it makes you “feel” safer but STOP pushing your beliefs on others. The mantra of “your mask protects others, and their masks protect you” is complete and utter rubbish. It is total propaganda and its source and the reason it is being promoted remain a mystery at present. One thing that we do know, however, is that there is NO science to back it up.

HOW ABOUT A SUGGESTION FOR SOMETHING THAT IS EFFECTIVE AT REDUCING THE SPREAD OF AIRBORNE VIRUSES AND OTHER PATHOGENS?


Enhanced hygiene practices! Yes, hand washing and a couple of other things that people are not doing. Let’s break it down logically.

Now, if you breathe a pathogen in via your nose, how does it propagate and get into your bloodstream? It first establishes itself in your sinuses which are cooler than your core body temperature where most pathogens are more comfortable and able to propagate. In the case of a virus, they cannot replicate themselves without first entering a cell and getting the cell to make more of itself. At some point enough viral particles are produced to explode the cell thereby spilling them out into the surrounding tissues where they can continue to insert themselves into and cause more cells to churn them out. Eventually they damage enough of the cells lining the area, damaging the tight junction barrier, that they can penetrate into the bloodstream. Once there, they will continue infecting cells throughout the body where they are able to gain foot holds.

What’s the EASIEST way to short circuit this infectious cycle? Destroy the invaders before they can replicate. How do you do this? By regularly clearing them out thereby dramatically reducing their numbers and allowing your immune system to deal with the reduced pathogenic burden much more efficiently. THAT is why regular hand washing helps. Hand washing does not STERILIZE your hands, that is simply NOT possible. What it does is reduce the number of microbes significantly which allows the skin’s immune protections to catch up and get a head of the pathogens.

How can you do this for the nasal passages? Nasal lavage! There are numerous ways to accomplish that and numerous solutions that can be used. Simple water helps while saltwater helps a LOT more. From there you can use dozens of different formulations that are more effective than water and salt water alone.

One such solution is one I was involved in formulating called RHMEDY that consists of distilled water with added sodium chloride, magnesium chloride, and food grade hydrogen peroxide. Together the combination is an excellent nasal and upper airway cleanser. To ‘jack up’ the antimicrobial action even more, add a couple of drops of Lugol’s Iodine solution.

The next innovation will be to add certain aqueous humic substances that have been demonstrated to strengthen the tight junctions throughout our bodies. This creates a much stronger barrier to protect us from pathogens. I have a new product in the works that does this with a combination of Shilajit and naturally occurring Carbon 60. It will be ready around Thanksgiving 2020 and tentatively will be called BIG RESTORE as it helps to Restore Brain, Immune, and Gut Structure & Function.

That data will be presented in future installments.

Please comment if you ‘get’ what I’m alluding to. I’d like to know if I’m being too subtle and need to spell it out better.

My objective was simply to provide a little something to think about. That’s it for Part Two of “If it looks like a duck.”

The Nutrition Ninja signing off.