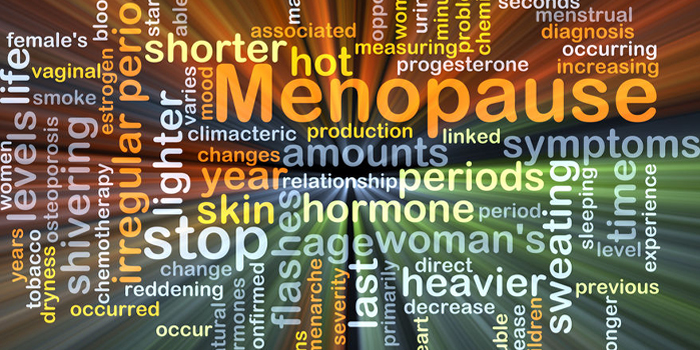 Part B of Estrogen Dominance as a factor in the Iodine Crisis: Estrogen Dominance is simply an increase in the amount of estrogen relative to the hormones that counter-balance it. Estrogen interferes with Iodine absorption, which helps to account for why women have 9X more iodine deficiency than men.

Here are some of the factors contributing to the increasing incidence of estrogen dominance:

1. Body Fat: Excess body fat (especially stored in the hips, waist, and thighs) is one of the leading causes of estrogen dominance. The epidemic rise in the number of people who are overweight & obese has drastically increased the incidence of estrogen dominance. Fat tissue both absorbs and stores estrogen circulating in your bloodstream, it also synthesizes estrogen from your other hormones. Having high levels of estrogen cues your body to make more fat cells, which then produce even more estrogen, creating a vicious cycle.

2. Food: By far one of the biggest sources of excess estrogen is our 'modern' diet. Commercially raised animals are injected with growth hormones to make them grow bigger and faster or increase milk production. These hormones make their way into your food where they disrupt your own natural hormone balance.

Also, a plethora of the pesticides, herbicides, and fungicides used in agriculture find their way into conventional produce and are also known 'endocrine disruptors' that interfere with your natural hormone activity and metabolism. While they may only exist in small quantities on individual fruits and vegetables, the cumulative effect quickly adds up and hasn't been studied enough to determine what the long-term effects might be.

3. Xenoestrogens: are increasingly showing up in our food, water, & environment (more details below). These are basically industrial chemicals that mimic estrogens by occupying estrogen receptors. They are everywhere, in our water, foods, personal care products, furniture, and clothes. They are also referred to as endocrine disrupters due to the havoc they wreak on our endocrine (hormonal) systems.

4. Water: Unfortunately, our water has become heavily polluted with hormone-disrupting compounds including pesticides and fertilizers, synthetic and natural estrogens from livestock and prescription medications, and an unknown number of industrial chemicals from chemical plant runoff or the disposal of plastics and chemicals in landfills. As one example, coal-burning plants emit over 70,000 pounds of mercury in the into the air each year, this ultimately settles into our water and impacts our hormone levels.

5. Personal Care Products: Cosmetics, lotions, shampoos, soaps, toothpastes, and the numerous other body products we use often contain parabens, phenoxyethanol, phthalates and other compounds that all have estrogenic activity. Since the average person uses 10-15 personal care products a day, with a total of well over 100 different ingredients, this exposure can quickly add up.

You'd think that beauty products would be regulated for safety, but you might be surprised to learn that they are regulated by an 'internal' industry review board. So, they're just regulating themselves, leading to the inclusion of all sorts of hidden endocrine disruptors in the products you use every day.

Xenoestrogens in skin care products are especially harmful because they are absorbed directly into your tissues, and so never have the chance to be detoxified through your liver. Be wary of deodorants or other personal care products that contain an unspecified 'fragrance,' as this can be virtually anything and it tends to be a catch-all term for hidden phthalates or other hormone-disrupting chemicals.

6. Gut Dysbiosis: Your gut 'microbiome' plays a huge role in regulating circulating estrogen via an enzyme known as beta-glucuronidase. When your microbiome is out of balance, which is extremely common in our modern world, these enzymes can't properly metabolize estrogens, which leaves you more susceptible to estrogen dominance. There are 100 times more microbial cells making up our microbiomes than there are human cells making up our bodies, their many roles in health are still being researched and identified.

7. BPA: and Other Plastics: Plastic in all its forms, including in water bottles, food wrap, and storage containers, contain hormone-mimicking xenoestrogens that can leach into what you're eating or drinking and cause major problems for your health. Even products marked 'BPA-free' are not safe, and in fact, contain chemicals whose effects aren't as well known. Microwaving, dishwashing, and exposing plastic to sunlight increases the estrogenic activity of plastic even more. Every time you take a receipt from the store, you are increasing the risk of estrogen dominance. Receipts printed on thermal paper are a major source of endocrine-disrupting bisphenol-A (BPA). People who handle receipts frequently have significantly elevated levels of BPA in their urine. And because these xenoestrogens are getting absorbed through your skin, it's a more direct hit to your system.

8. Heavy Metals: Similar to plastics, heavy metals such as cadmium, lead, and mercury have estrogen-mimicking properties. It's even been suggested that the presence of these endocrine-disrupting elements in our environment may be behind the earlier-onset puberty that has become the norm in our modern societies. Heavy metals are pervasive in our environment and many people are adversely affected without being aware of it or having a clue where the heavy metals have come from.

9. Hormone Replacement Therapy (HRT) and Birth Control: Most female hormone replacement therapy and oral contraceptives contain estrogen without the necessary progesterone to maintain proper hormone balance. The hormones used in both HRT and birth control also tend to be toxic, synthetic, and/or 'foreign' (non-human) hormones that are not easily metabolized by the liver, leading to DNA damage and an increased risk for breast and endometrial cancer.

10. Chronic Stress (from any source): When you're chronically stressed (as so many are), your body begins to use the sex hormone progesterone to make cortisol thereby further depleting progesterone levels. This further aggravates estrogen dominance. Of course, chronic stress also depletes magnesium, which leads to a huge array of problems including reductions in iodine absorption.