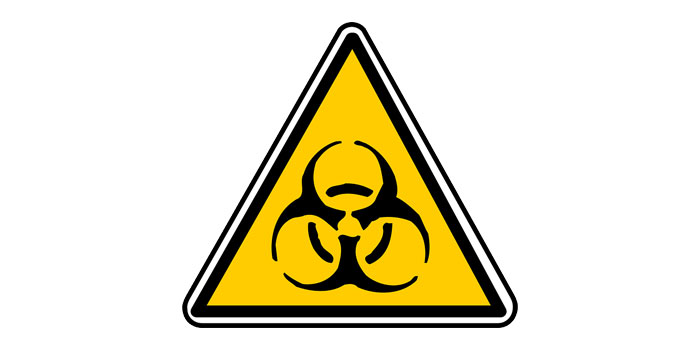 "Part 6 of this series focuses is on Three Toxic Iodine Blockers and their contribution to our 'Iodine Crisis.'


This is part 6 of this series and continues the explanation of why we have a major 'Iodine Crisis.'

Three Toxic Iodine Blockers or Goitrogens have been added to our food and water supplies. Chlorine, Fluorine, and Bromines, all well-documented toxic substances, that are in the same category of elements as Iodine. They are all in the second to last column of the periodic table of elements due to their similar elemental structures.

This group of elements, called halogens, readily combines with sodium and most metals to form various salt-like substances called halides or halide salts. The halogens are quite reactive and play roles in many biological and industrial processes. Fluorine has the highest reactivity followed by chlorine, then bromine and iodine.

"Numerous scientific articles and books have been written about the dangers of fluoride."


Bromine: Bromine is very similar to Iodine being right above it in the periodic table, however, it has no known role in the body and is well documented to be toxic. Bromine binds to the iodine receptors in the thyroid disrupting the function of the thyroid and the production of thyroid hormones. Studies indicate a strong correlation between elevated bromine levels and hypothyroidism. Additional signs and symptoms associated with elevated bromine levels may include: delirium, psychomotor retardation, schizophrenia, hallucinations, feeling dull, apathy, having difficulty concentrating, depression, headaches, and irritability. It doesn’t take very much bromine to cause problems and they are intensified with iodine deficiency.

Bromine (or its reduced form, bromide) are intentionally added to a wide variety of commonly used substances thereby making everyone at risk of 'brominism' (bromine toxicity). Some of those sources include: most baked goods, antibacterial agents used in most pools and hot tubs, as an agricultural fumigant/insecticide, in brominated vegetable oils (used in some carbonated drinks inc. Mountain Dew, AMP Energy Drink, and some Gatorade products), in many over-the-counter medications, in flame-retardants (used on many fabrics), and perhaps the biggest source for most people, in most baked goods (where it is used as a dough conditioner).

Bromine replaced Iodine as an anti-caking agent and dough conditioner back in the 1980s. This was a huge mistake as it removed an significant source of a vital nutrient and replaced it with a toxin that blocks the function of that nutrient.

Fluoride: This extremely toxic substance has been added to most of our drinking water for the past 50 years and represents one of the biggest health scams ever propagated on the American public. It was added under the pretense that it would prevent dental cavities although there is NO SCIENTIFIC EVIDENCE to support this. It was, however, an incredibly efficient way for the aluminum industry to make a profit while getting rid of a toxic by-product of aluminum manufacturing that they previously had to pay to dispose of. Yes, really.

Fluoride also inhibits the ability of the thyroid gland to use iodine and make thyroid hormones. This has been known since 1854 when fluoride was shown to cause goiter in dogs. Fluoride is also added to several common prescription medications such as the SSRI antidepressants (Paxil, Prozac, Celexa, Lexapro), antacids (Prevacid), anti-anxiety (Dalmane), anti-fungal antibiotics (Diflucan), Non-steroidal anti-inflammatories (Celebrex, Cliniril), and steroids (Decadron, Flonase, Flovent, Advair Diskus).

Numerous scientific articles and books have been written about the dangers of fluoride.

Chloride: Chloride is in the same ‘family’ of elements, the halogens, and therefore also interacts with the iodine receptors & transporters. Chloride is an important and beneficial element in the human body; however, in its oxidized form as chlorine, it is incredibly toxic. Most are familiar with chlorine for its use in swimming pools and hot tubs as a disinfectant. Adding it to our municipal water supplies doesn’t change the fact that it is incredibly toxic and a highly reactive element.

There is no question that chlorine is extremely toxic on its own, but when it chemically reacts with other substances and processes, it becomes a super-toxin or poison. Dioxin and perchlorate are prime examples of two super-toxins that are by-products of chlorine interacting with oxygen and other reactive molecules. They both can occur naturally and be humanmade. Unfortunately, we’ve added way more of these toxins via humanmade methods and pollution than ever occurred naturally. Both of these and many other chlorine-related molecules wreak havoc with our health, partly due to their deleterious effects on iodine and the thyroid gland.
Some of the well-documented health effects of these and other chlorine-related molecules include cancer, birth defects, reproductive disorders, immune system breakdown & dysregulation, hypothyroidism, breast disease, mental retardation in newborns, neurologic problems, poor fetal development, and more.

Examples of how widespread our exposure to chlorine and its by-products include: drink municipal water, pools, hot tubs, using chlorinated products in dishwashing and household cleaning, consuming Sucralose (Splenda®) which is chlorinated sucrose, rocket & jet fuel (perchlorate is used in the manufacture of jet & rocket fuel; 90% of that is used by NASA, defense contractors, and the Military; most of that perchlorate is disposed of directly into the ground and abandoned mines), groundwater, including streams, rivers, and lakes (due to the just mentioned dumping; for example, the entire lower Colorado River is contaminated by perchlorate; this water is used to grow 15% of the nation’s crops and 13% of the nation’s livestock). In fact, 43 States’ water supplies have been documented to be contaminated with perchlorate, both it and dioxin are everywhere.
Hopefully, that helps to drive home the importance of aggressively managing your iodine intake more carefully. Widespread iodine deficiency is WELL-DOCUMENTED even by the government (and let’s face it, they are not very good at notifying the public about REAL health issues). Iodine deficiency further exacerbates the toxic effects of all the above halogen elements.