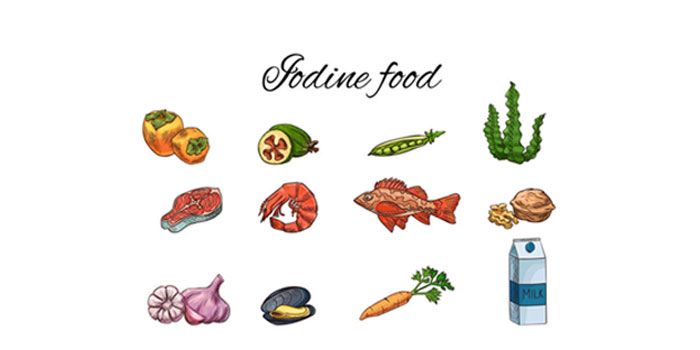 The old sayings, 'what you don't know won't hurt you' and 'ignorance is bliss' are so far off it amazes me that they ever caught on. Just on the surface, both statements are obviously flawed.
'Iodine is a great example of something that proves both of those sayings are dead wrong.'

Most people associate Iodine solely or primarily with the thyroid gland and its function. Yes, iodine is absolutely essential to the proper function of the thyroid AND it does a WHOLE lot more than that.

Iodine and Iodide (the reduced form that has an additional electron), play vital roles in EVERY single cell of the body. Future posts will cover the various functions of this essential mineral. This post will provide some of the back story as to why we are in the midst of an Iodine CRISIS.

There is no scientific dispute regarding the essential nature and need for Iodine. Iodine was serendipitously discovered by a French saltpeter manufacturer (potassium nitrate, used to make gun powder) in 1811. In 1819, a Swiss physician, JF Coindet, made the connection between Iodine and the thyroid gland. He tested a tincture of iodine at 250mg/day on 150 goiter patients with great success. It significantly reduced the size of goiters within a week. Goiter is an enlargement of the thyroid gland in response to iodine deficiency, it used to be quite common. The full significance of this was not realized until the 1850s, however, in 1829, a French Physician, Dr. Jean Lugol found another use for Iodine. He was looking for a good treatment for various infections and developed an Iodine solution that bears his name, Lugol's Solution. It was a solution of 5% Iodine and 10% Potassium Iodide and it was extremely successful as a medicament used for all kinds of maladies right up to the present day.

The connection between areas where goiter was more frequently seen and cretinism (a condition of physical deformity, dwarfism, and mental retardation) was made in the 1850s but it wasn't until 1895 that it was determined that Iodine was essential to the health of the thyroid gland and the production of thyroid hormones. As you can see, scientific advancement is a slow, arduous process, the same is true today in spite of our perceived, increased knowledge & sophistication. In some respects, our progress is even slower than in the past due to the corrupting influences of industries, scientific bodies, politics, and media with other agendas.

By the time Bauman identified that iodine was a key to thyroid function in 1895, iodine had already become a panacea for all kinds of human ills even though its mechanism of action was not known. Various iodine formulations were used for every conceivable pathological condition AND with excellent results. Some of the conditions it was used for included but was not limited to: paralysis, chorea, scrofula, lacrimal fistula, deafness, carbuncles, whitlow, chilblains, burns, scalds, lupus, croup, catarrh, asthma, ulcers, and bronchitis, to mention just a few. Nobel laureate and discoverer of Vitamin C, Albert Szent Gyorgyi, who was a medical student in the early 1900s, wrote the following. 'When I was a medical student, iodine in the form of KI [potassium iodide] was the universal medicine. Nobody knew what it did, but it did something and did something good. We students used to sum the situation in this little rhyme: ‘If ye don't know where, what, and why, prescribe ye then K and I.' Our medical predecessors, possessing very few and crude instruments only, had to make use of two given by nature (the use of which has since gone out of fashion): eyes and brains. They were keen observers and the universal application of iodide might have been not without foundation.'

That's it for today's installment. Iodine is far too important to try and cover its many vital functions in one short post. Hopefully, those of you that really want to learn about health in-depth will bear with me on some of the back story. I really think it is important to understand or I wouldn't take the time to cover it.